Dog Training & Classes In Newton Abbot Get In Touch 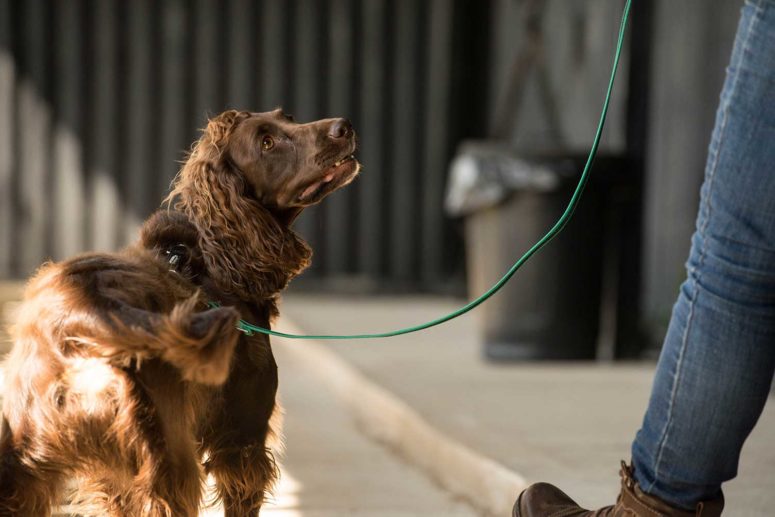 If you have watched a certain Mexicans TV programme or read books on pack theory and dominance, you would be forgiven for thinking any training problems you may be having with your dog, will all be solved if you become pack leader. if we are to believe the pack leader theory we just need to prevent our canine friend from becoming top dog, simple!

How would we achieve this? Well according to those who still follow this theory, in order to be the alpha or pack leader, we need to prevent our dog from becoming dominant by making sure we go through doorways before our dog, eat before our dog,  use the alpha roll to put them in their place, not let them on the bed or sofa or any high place and we mustn’t give food or affection unless our dog is in a calm and submissive state.  We are led to believe that in order to prevent dogs getting ideas above their station we should use force to dominate them.

Well according to this list there must be some pretty high ranking canines in my house, as my dogs often go through doorways before me, they always eat before me, I have never alpha rolled any of my dogs, I regularly cover them in kisses (as they do me), they sleep on the bed and (tut-tut) even have their own sofas!

If you have come across trainers that still believe in the pack theory, you could have been told to do any or all of the following to demote your dog.

The only sentence I found that I agree with is

But you don’t need to be aggressive, intimidating, use force or mistreat your dog to set rules and boundaries. As I am always telling my clients who use the words dominance or pack leader, your dog is not trying to control you or be pack leader, you are two different species and dogs know that they are part of one group and humans are part of another group. But they are part of your family and I think they know that. So much like you teach your children appropriate behaviour, politeness and manners, that’s all you need to do with your dog. There is no need to try and dominate them, just train them using kind, positive reinforcement.

It is sad that there are still professional trainers and behaviourists who are telling people they need to dominate their dog.  This has often led to dogs being mistreated and the emotional distress and confusion caused to the dog, does nothing to enhance your relationship with him as he can not understand why you are acting this way.  It is an outdated theory and there is so much evidence to prove that this belief that dogs want to become pack leader is totally wrong.  It was based on a theory by an animal ecologist and wolf expert who at the time believed that their was a pack hierarchy amongst the wolves. (Even if his theory was correct it is worth mentioning that dogs are not wolves!) The wolf expert later realised that his theory was wrong and it is infact the parents who are the leaders, much like in our own families.

Dogs do need rules and boundaries but these can be taught using kind, positive, force free, reward based training. For instance, mostly my dogs go through doorways and gates before me, but if I need to go through first, because I am carrying bags of shopping for example, then I just ask them to wait so I can go first.  If you have taught your dog a “wait” cue then there is no need to use aggression or intimidation to go through the doorway first.  If my dog is laid on the kitchen floor having a snooze then the last thing I am going to do is walk into her to get her to move.  I don’t feel inferior by walking around her and I’m absolutely certain she doesn’t think she is leader of the pack because I did.  However, if I need my dog to move because I am bringing bags of shopping in or carrying hot pans across the kitchen while I’m cooking then I simply ask her to move to her bed.

Sign up for our new online puppy training course!

This online course is designed for those that may not be able to attend weekly classes or would like to start training their puppy before they have completed all their vaccinations and able to attend classes.

By continuing to use the site, you agree to the use of cookies. more information